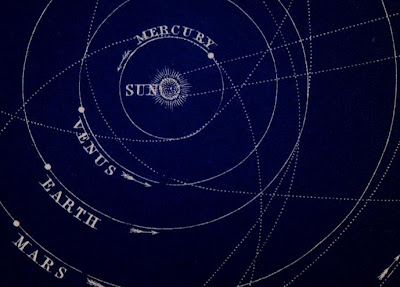 When I was a kid, the solar system was simple. We were told in school that there were nine planets, with an asteroid belt in the middle that was mostly composed of debris. Past Pluto, there was nothing. Void. Emptiness all the way till you get to the Canis Major Dwarf Galaxy, currently thought to be the closest neighbouring galaxy to our location in the Milky Way.

But all that really mattered was our basic nine planets, sailing together like a family through space in our happy little boat called the solar system.

Times have changed. Up is down, black is white, night is day. Everything we knew about the solar system was wrong.

After the advent of the Hubble Telescope, scientists began to realize that many so-called asteroids were actually very planet-like. And then as we learned more about the planet Pluto, they realized it was much more like an asteroid. As new "minor planet" discoveries started pouring in at an unprecedented rate, our entire system of nomenclature became confusing, self-contradictory, and irrelevant.

The general public was briefly outraged over Pluto being "demoted as a planet" in 2006 by the IAU the before they forgot about it and moved on to the next distraction. But what most missed is that simultaneously, a new category of celestial object was also officially coined: the dwarf planet. This is seemingly part of a concerted effort on the part of organized astronomy to obfuscate the Heavens with unnecessary sub-sub-subcategories, and it only confuses the public - after all, when you get right down to it, a "dwarf planet" is still obviously a planet. A "minor planet" is still a planet of some sort.

Many astronomers know in their hearts that the 2006 IAU restructuring left a bigger mess than the one it was intended to clean up. Many objects are now classified as being both an asteroid and a planet. Others have attributes of those two and attributes of comets as well, creating a real quandary for those who are obsessed with making the Universe fit a series of pre-created boxes. Their solution? Create yet another hastily-contrived subcategory: "Centaurs".

Had this obsessive-compulsive zeal for classification been as prevalent in the past, they might have declared Earth to be the only "true" planet, and reclassified everything else - maybe calling Mercury a "Near-Sun Object", and relabeling Jupiter, Saturn, Neptune and Uranus to be not quite planets but "Gasoids".

So what are these minor planets and dwarf planets that have turned the textbooks upside down since my college days? Let's take a tour of just a few, shall we? 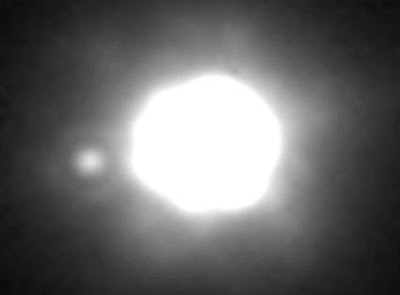 You've never heard of the planet Pulcova? Well, here it is in all its shiny glory, seen here with its moon - to which no one's bothered to give a real name so far. Pulcova was actually discovered in 1913 and classified as just another chunk of asteroid belt debris, but in 2000 astronomers realized it was relatively spherical and had a moon of its own. 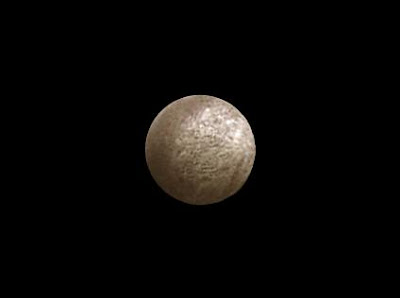 Say hello to the planet Varuna, named after the Vedic/Hindu deity Varuna. Depending on which astronomer you ask and at what time of day, it's referred to as a minor planet, a dwarf planet, a Kuiper Belt object, a Trans-Neptunian object, or even all of the above. We say, it's big, it's round and it orbits the sun - just call it a planet, leave it at that, and be done with it. 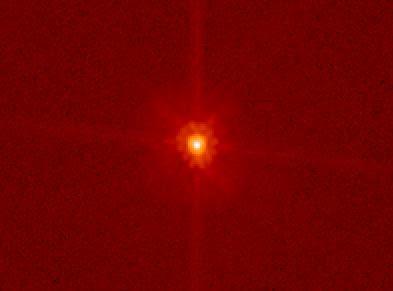 Makemake is the third-largest known dwarf planet in the Solar System, about 3/4 the size of Pluto. Originally nicknamed "Easterbunny", it eventually was named after the creator deity of Rapa Nui, a.k.a. Easter Island. (For some reason, they were certainly determined to keep an Easter connection to the naming of this planet!) 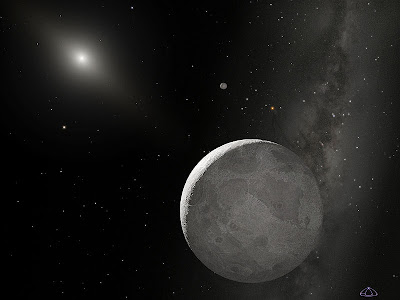 Shown here in a NASA artist's rendering based on all available data, is the planet Eris and its moon Dysnomia. Covered in a layer of grey methane ice, Eris is approximately 1489 miles in diameter and has an orbital period of 557 years. Discordians cheered and partied in the streets when their favorite chaos deity, Eris, was honored with the nomenclature.

The discovery of Eris is actually a key part of what sparked the IAU to rush their ill-advised definition-parsing for planets. "2003 UB313", as it was called then, was heralded by leading astronomers as being a historic discovery of the 10th major planet in our solar system - until the IAU's new rule put the kibosh on that. 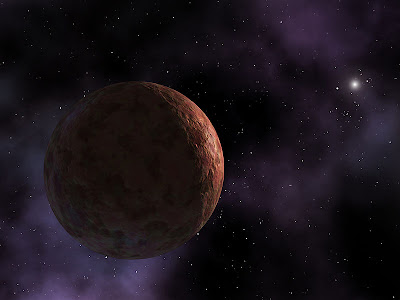 And then there's the planet Sedna. For this, I quote from a recent space.com article about the increasingly accepted idea that our sun has an invisible dark nemesis twin:

A recently-discovered dwarf planet, named Sedna, has an extra-long and usual elliptical orbit around the Sun. Sedna is one of the most distant objects yet observed, with an orbit ranging between 76 and 975 AU (where 1 AU is the distance between the Earth and the Sun). Sedna's orbit is estimated to last between 10.5 to 12 thousand years. Sedna's discoverer, Mike Brown of Caltech, noted in a Discover magazine article that Sedna's location doesn't make sense.

"Sedna shouldn't be there," said Brown. "There's no way to put Sedna where it is. It never comes close enough to be affected by the Sun, but it never goes far enough away from the Sun to be affected by other stars."

Perhaps a massive unseen object is responsible for Sedna's mystifying orbit, its gravitational influence keeping Sedna fixed in that far-distant portion of space. 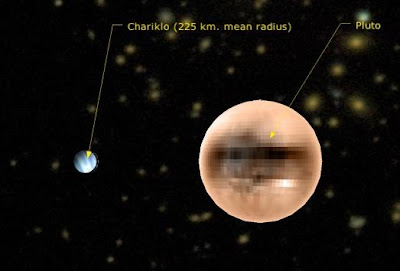 The planet Chariklo is orbiting the Sun between Saturn and Uranus, and infrared observations indicate its surface is covered in water ice. Its exact size, speed and period of rotation are still unknown, but it's been estimated as being only 161 miles in diameter. The montage above shows Chariklo and Pluto side by side to illustrate the guesstimated relative sizes between the two.

Chariklo was discovered on February 15, 1997 - 13 years ago - and almost no one on the street even knows this planet exists. 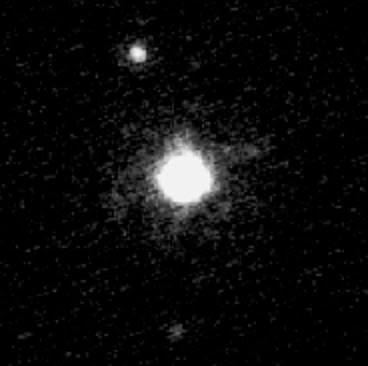 Haumea, pictured here with its two moons Hiʻiaka and Namaka, is thought to have formed billions of years ago from icy debris after a large impact disrupted Haumea's ice mantle. Hiʻiaka is of especial interest because it has large amounts of pure water ice on its surface.

Haumea is the third brightest object in the Kuiper belt after Pluto and Makemake, and is easily observable with an amateur telescope. 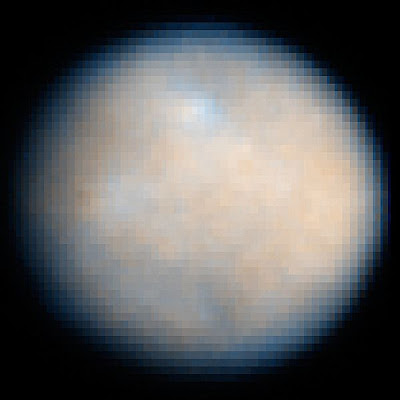 It's the most Earth-like planet out there and they're not even allowing it to be designated an "official" planet, just because other objects share its orbit (this arbitrary technicality is how the IAU avoided the nightmare of having to allow dozens or even hundreds of minor planets to become major).

Ceres has plenty of water on its surface as well as carbonates and clays, making it the most likely candidate in the search for extraterrestrial life. It is even suspected to have a bonafide liquid water ocean. The Dawn space probe will tell us for sure when it does a fly-by in 2015.

Like Pulcova, the planet Ceres got a raw deal historically - it was discovered in 1801 and for half a century was actually in the textbooks as an official ragin' full-on planet before being demoted.

Want more? Check out Wikipedia's List of Minor Planets: "As of January 2010 there are 231,665 numbered minor planets, and about as many yet unnumbered."

We're going to need a bigger boat.
Posted by Transylvania Gentlemen at 12:00 AM