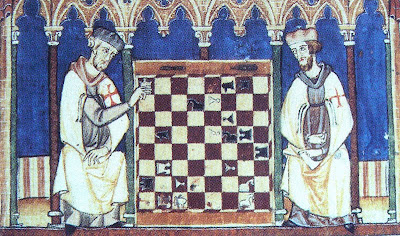 In the 11th century, a heretical religious movement began that espoused very different views from the common man of the time. A movement that opposed everything about the entire material world we live in; a movement who held as doctrine that the God of the Old Testament was not the true God but rather, an evil demon impersonating God. The real God, they held, would never have tricked Adam & Eve with a sting operation, would never have asked Abraham to kill his own son, would never have destroyed the entire world in a flood.

If they had a name for themselves, they kept it a secret and history does not record it. Publicly, they mainly referred to themselves as simply "the good people."

(I'm reminded of a scene in the TV show Lost: Michael, utterly floored and confused by the mysterious doings of Ben Linus and "The Others", asks "who are you people??" Ben's reply: "We're the good guys.")

They also had a term for certain members of their faith who had sufficiently developed their spiritual nature: Perfecti, or "perfect ones". Members who had not yet achieved the state of Perfecti looked up to those who had, and furthering their goal toward it was an important part of their spiritual journey.

The Catholic Church referred to these people as "the Cathars", which was a derogatory slang term, but it stuck and it's the term which we of today tend to know this ancient gnostic sect by.

The Cathars were universally misunderstood by their peers in the 11th and 12th centuries. They thought of humans as spiritual beings inhabiting temporary bodies and, as such, trapped in this stifling world of physical reality and matter. They opposed the physical world to such an extreme extent that the Catholic Church decided they were too radical to live. In 1209, Pope Innocent III launched the Albigensian Crusade which sought to exterminate the Cathars completely. At least 1 million Cathars were murdered by the Catholic Church in this travesty.

Though opposed to this physical realm of matter, the Cathars had a keen interest in harnessing it for their own ends - they especially had a fascination for textiles and fibers, and were expert weavers and spinners. Legend has it that they communicated secret messages via a Morse Code-like cypher embedded in the very weave of the cloth they manufactured.

(I'm reminded of Lost again: at one point, Sawyer makes a very odd remark about how he could tell that whoever the kidnappers were, they weren't Ben's "Others". When someone asks him how he knows that, he says he noticed the kind of weave used on the fabric bags they placed over his head was different from that of the "Others".) 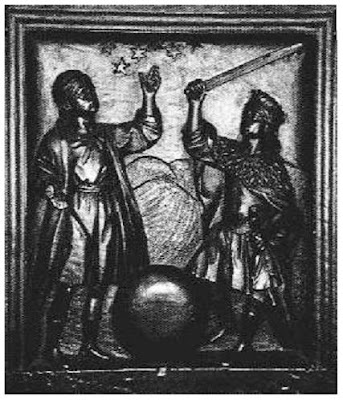 To the Cathars, the Holy Grail was not a cup - it wasn't even a physical object at all. It was a process, a sequence of gradual steps one took toward enlightement and awakening. This process, they believed, came from Christ himself and was also something they encoded covertly into the weave of the fabrics they made. Yet they also are said to have sought after a luminous stone that fell to Earth, called "the Grail Stone" (not by the Cathars but by later writers).

Cathars have become unfortunately trendy in all the wrong ways. Some entrepreneurs in Europe have turned "Cathar Country" into a tourist-trap cottage industry that depends on the general public's ignorance of the subject. Many books and websites have been churned out in recent years trying to spin (no pun intended) their story into some sort of adventure-myth akin to The Da Vinci Code.

The truth is even more interesting than those fictions, however.
Posted by Transylvania Gentlemen at 10:06 PM