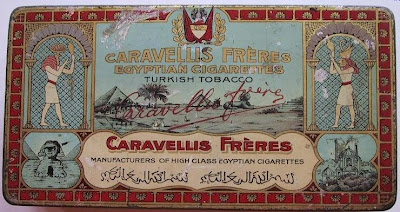 For many Americans of the 19th century, their first introduction to the Middle East came by way of the worldwide fad of Egyptian cigarettes.

Similar to the subsequent "Exotica" and "Tiki" fads of the 1950s and 1960s, denizens of the Victorian age had a keen but ignorant fascination with what they perceived as the exotic lands and all their wonders. Egyptian cigarettes, with their mysterious graphics portraying mystical faraway lands, personified that muddled fascination for the Western world. 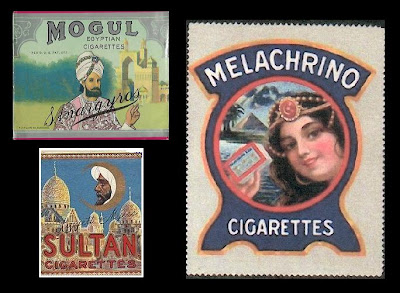 Oddly, many say the cigarettes weren't even very good - Middle Eastern tobacco prior to the craze had a reputation for being harsh-tasting and poorly cultivated. And yet, something drove millions of people towards these smokes, catapulting Egypt to an unexpected global industry. There seemed to have been a feeling, whether mythical or not, that Egyptian and Turkish tobacco held more consciousness-altering qualities than their Western counterparts. (If true, it was probably more likely caused by mold that was allowed into the cigarettes due to the poor conditions of the industry of the times, and the lack of an FDA to oversee such imports.) 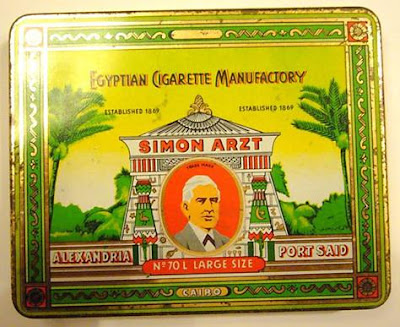 Just as Edgar Rice Burroughs loved his Cubebs, Sir Arthur Conan Doyle had a fondness for these fetid foreign coffin nails from the land of the pyramids. He even wrote them into the plot of his 1904 Sherlock Holmes story, The Adventure of the Golden Pince-Nez. 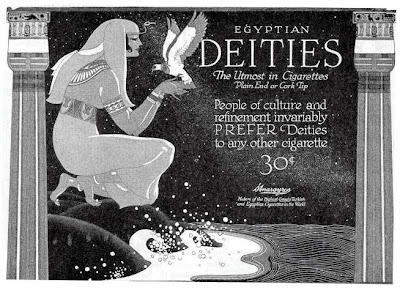 Many American and British companies, eager to capitalize on the booming success of the Egyptian cigarettes, hastily entered their own fakes on the market. Soon, shelves of tobacconists everywhere were glutted not only with the Egyptian smokes but with caucasian counterfeits. Of all these knock-offs, one brand survived into the present era: Camel cigarettes.

After World War I, the public grew weary of the Egyptian cigarettes and the concept fell back into obscurity in every place except, of course, Egypt. Nowadays, Egypt is cracking down on smoking and is instituting the first-ever tobacco bans in cities like Alexandria. 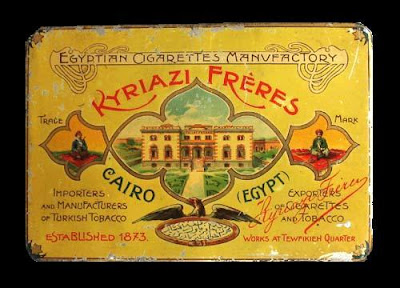 Posted by Transylvania Gentlemen at 1:53 PM