Raiders of the Lost Booze 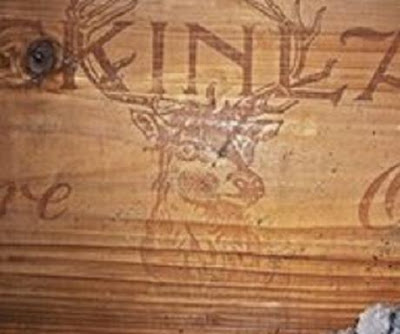 Discovering antique hooch seems to be the meme of the month.

A few weeks ago, divers investigating a Baltic shipwreck discovered thirty bottles of 230-year-old Veuve Clicquot Champagne perfectly preserved and perfectly drinkable. The champagne, believed to have been sent by France’s King Louis XVI to Russia's Peter the Great, are now the oldest surviving Champagne on the planet (a distinction previously held by a bottle of Perrier-Joulet from 1825.)

And just today, there's a story in the news about five crates of 100-year-old Scotch Whiskey that was found buried in antarctic ice. The crates were rescued from the frozen hut left behind by renowned explorer Sir Ernest Shackleton earlier this year, but they've just now gotten around to opening one. What the scientists found were 11 bottles of Mackinlay's Scotch Whiskey, carefully wrapped in paper and straw.

Although they say none of the bottles will be actually tasted (yeah, right), they do intend to analyze samples to try to recreate the formula for Mackinlay's, whose recipe has been lost. 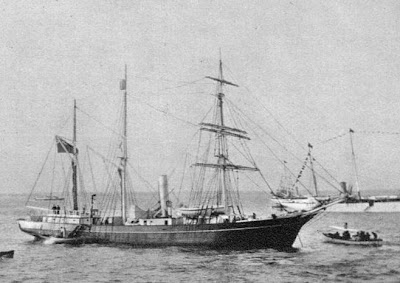 Shackleton, who was exploring the Antactic in the Nimrod Expedition in 1907-1909, clearly knew the importance of liquor in scientific investigation. In addition to the crates of Scotch, two cases of Brandy were also discovered suspended in the ice.

Now if only someone could just find a crate of Spud Cigarettes kept frozen and fresh in a deep Kentucky cave and share a pack with me.
Posted by Transylvania Gentlemen at 2:44 PM