The Zen of OCD 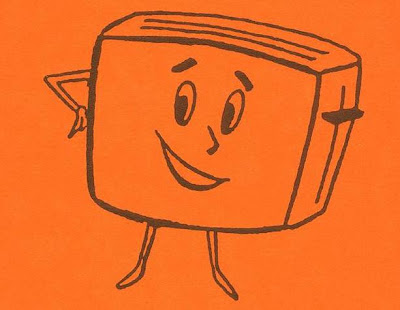 Contrary to popular belief, obsessive-compulsive disorder isn't just for people who wash their hands too much or who go to absurd lengths to avoid unlucky numbers number 13 and 666.

The condition, if we are to believe the word of the psychiatric profession - and that's an immense "if" - can take many seemingly disparate forms, and its outer fringes can surprisingly open up a whole new realm of meta-compulsion that borders on hallucination:

Some people with OCD may sense that the physical world is qualified by certain immaterial conditions. These people might intuit invisible protrusions from their bodies, or could feel that inanimate objects are ensouled. These intuitions and feelings do not stem from socially accepted religious or metaphysical convictions, such as animism; even a child with OCD might find their obsessive notions ultimately silly. However, even if the OCD sufferer understands that their notions do not correspond with the external world, they feel that they must act as though their notions were correct.

For example, an individual who engages in compulsive hoarding might be inclined to treat inorganic matter as if it had the sentience or rights of living organisms, but such an individual might find their consequent behavior irrational on a more intellectual level. However, Insel and Akiskal (1986) noted that in severe OCD, obsessions can shift into delusions when resistance to the obsession is abandoned and insight into its senselessness is lost.

Clearly, this extended interpretation of OCD encourages the casual observer to accept the findings of psychiatry, and to follow it wherever it leads - but it is now seeming to lead into the realms of religion, spirituality, superstition, and by osmosis, inevitably, quantum physics, consciousness, and the mind.

We here at this steampunk-scented organization without a name hereby officially go on record as decrying any psychiatric interpretation of these mystical satori-like experiences - especially the bit about the perceived anthropomorphization of so-called inanimate objects - as bunk, hokum, and quackery.

What's next - accusing millions of practitioners of the Catholic faith of being mentally ill for believing in transubstantiation?

Or children who, with one part of their brain believe a stuffed animal to have a life-force and a sentient personality, while another part of their brain is well aware that the toy is made of synthetic fibers, came from K-Mart, and is not alive in a conventionally held sense?

The above-quoted Wikipedia text also notes that although most people experience intrusive images in their heads from time to time, the OCD patient's error is in attaching "extraordinary significance" to the thoughts.

What's so wrong about being extraordinary?

We plant a flag here in the name of the Algonquin Manitou, individually and collectively. Tuning in to their transmissions is not a mental illness.

Don't touch that dial.
Posted by Transylvania Gentlemen at 11:59 PM