West of the Fields 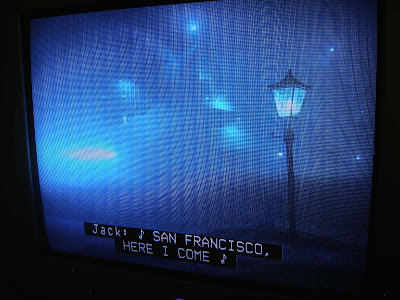 Lately, I've been watching Stanley Kubrick's The Shining with the subtitles on, and just noticed that in the final scene where Jack is dying of exposure in the Overlook Hotel's famous hedge maze, he's singing "San Francisco, here I come, back where I started from". His gutteral noises in the film are so indistinct, however, that you'd never ever know this without the assistance of the subtitles. 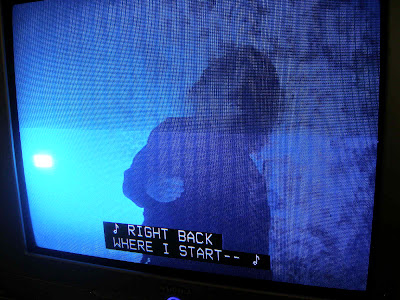 This is actually a modified version of the Al Jolson song "California, Here I Come". Why would Kubrick have Jack singing this as his final words? Puzzling evidence indeed. And why specifically San Francisco?

That Jack's swan song would be a Jolson number may be, in part, tying in with the undercurrent of racism that the movie provides subtextual commentary on, regarding both African-Americans and Native Americans. (Jolson is, as you must know, infamous for continuing to perform his blackface minstrelsy routines long after they fell out of social acceptability.)

San Francisco is, of course, also the location where Hitchcock's Vertigo was filmed and is the setting. (Aficionados of both the film and the city can view images from the film constrasted with identifying shots taken of each location today, by clicking here.) Though the two films are linked in some small way in the private gin-soaked geometry of my mind, I doubt Kubrick had any Vertigo reference intended. 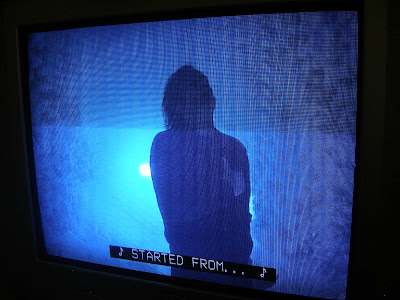 But I'm betting my Hell Money that Kubrick was thinking along LaVey lines, since the film repeatedly suggests that Jack, in a previous life, made a deal with the Devil that is continuing over into subsequent incarnations. San Francisco was the location of the original Church of Satan, founded by frustrated circus calliope player and lion tamer Anton LaVey.

I also noticed today that when Jack finally sits down and dies, he is clearly leaning against the wall of the maze. In the very next shot which cuts presumably to the morning, he is no longer positioned there. What's up with that? And we know that the deleted and destroyed true final scene of the film had Ullman mentioning that Jack's body had disappeared and was never found. Had the scene remained intact, we would have been presented with three different circumstances of Jack's death position within seconds of each other. 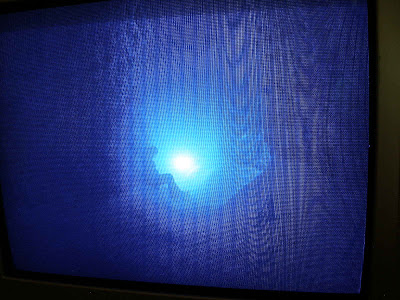 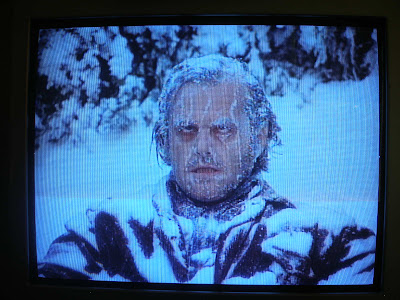 And Kubrick didn't pull the final scene because he changed his mind about its content and its meaning, he only pulled it because test audiences responded poorly to it, and the studio suggested that maybe it was just too confusing for the masses - even for a Kubrick production. 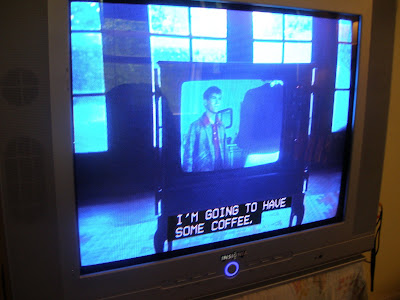 Lastly, I should take this moment to mention something I already knew about but haven't mentioned before on any of my Shining rants: there's a scene where Danny and his mother are watching the 1971 film The Summer of '42 on an impossible television that has no electrical cord coming from it. Since the TV is in front of a pair of glass doors, there's absolutely no chance of there being a wall socket obscured by the TV itself. I don't even know how Kubrick did the shot. Did he construct a battery-powered TV because having a cord would upset his obsessive-compulsive sense of symmetry?

The Summer of '42, by the way, is a film (based on a true story) about an adult woman's sexual tryst with a 15-year-old schoolboy on Nantucket Island, and the subject matter is treated with surprising nonchalance. This would seem to connect with another of the film's subtexts, which implies that Danny has been sexually molested. 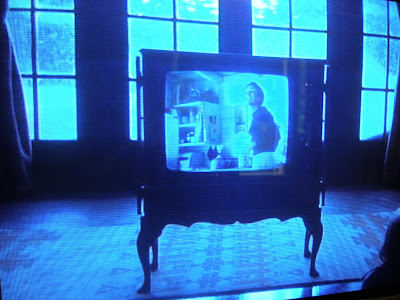 Posted by Transylvania Gentlemen at 2:02 PM