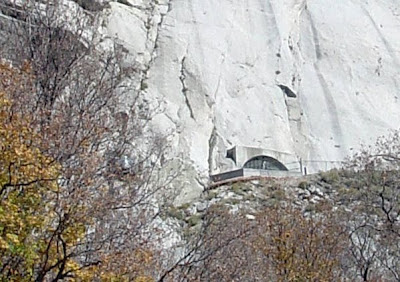 One of North America's greatest achievements sits quietly in the Utah desert, and most are unaware of its existence, except for genealogy enthusiasts.

Granite Mountain is a massive and imposing formation of solid quartz monzonite (not actually granite), one mile up Little Cottonwood Canyon in the Wasatch range of Utah. Since 1963, the Church of Jesus Christ of Latter Day Saints have operated the world's largest collection of genealogical material at this site. They've collected 2.5 million microfilm reels of every kind of public-records document you can think of: birth certificates, death certificates, marriage licenses, church rosters, census files, wills, probates, and personal memorabilia and paper ephemera - some of which dates back to the Middle Ages.

All in all, the Granite Mountain Record Vault contains information on around 2 billion deceased persons, and approximately 40,000 new rolls of microfilmed documents are added to its archives each year. This makes the Mormon Vault a mind-blowingly invaluable resource for geneologists, and before the advent of the internet, it was commonplace to make records requests to the LDS Church when seeking information about one's own family tree. But since 1999, the contents of the Vault have been made public to the world for free, at familysearch.org.

Why do they do it? Because genealogy is very important to the Mormon ideas regarding salvation of the dead, which allows for retroactive, posthumous baptism of one's ancestors under certain circumstances.

It is said that specially constructed Mosler vault doors, weighing fourteen tons at the main entrance (see image above) and nine tons at the smaller ones (see image below), are designed to withstand a nuclear blast. If, in the event of a global disaster, the bugs that evolve and take over the planet will at least know who we were. 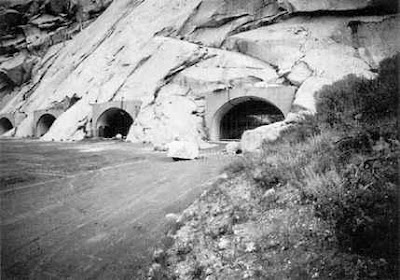 Posted by Transylvania Gentlemen at 12:30 PM